When it comes to martial arts, most people instantly assume that there is a belt system consisting of different colors to show rank. White is the most basic, blue is intermediate, and black is the highest. However, in regards to Aikido belts, this is not always the case. When people ask what the specific belts are in Aikido, the discussion becomes quite a mess because there are different standards across the globe. Unlike Judo or Brazilian Jiu Jitsu which basically rely on five colors, Aikido stands on just two: white and black. However, in some places, additional colors have been added.

Back when Morihei Ueshiba developed Aikido, there were only two colors of belts that were in use. First there was the white belt, which showed the rank of a beginner or learner. These were referred to as grades or kyu.

There were several kyu that a student could reach, beginning from 6th kyu and then moving up to 2nd kyu. When they reach the next level above 2nd kyu they were awarded with a black belt, indicating they have reached the first dan or first degree.

When Aikido reached Europe, the concept of just two colored belts became difficult to implement. It was hard for students to identify a 6th kyu student from a 3rd kyu student because they both wore the same color – plain white.

To show difference in rank, many British Aikido schools began implementing the use of different colors. It is unsure where the concept initially started but many point to the rising popularity of colors in Western Judo schools as the primary inspiration.

In many Western Aikido schools the belt system is similar to this structure:

Sometimes these structures differ. Some tend to add more degrees of black, going all the way up to 9th dan. In Aikido schools where children are taught different colors are used because the age requirement to attain a black belt is 16.

Belts in the Aikido Federation

Upon reaching the 1st dan (dan degree in the Aikido Federation reaches up to 10th dan), the practitioner starts wearing a hakama with their uniform, signifying they have reached a higher level of expertise in the art of Aikido. 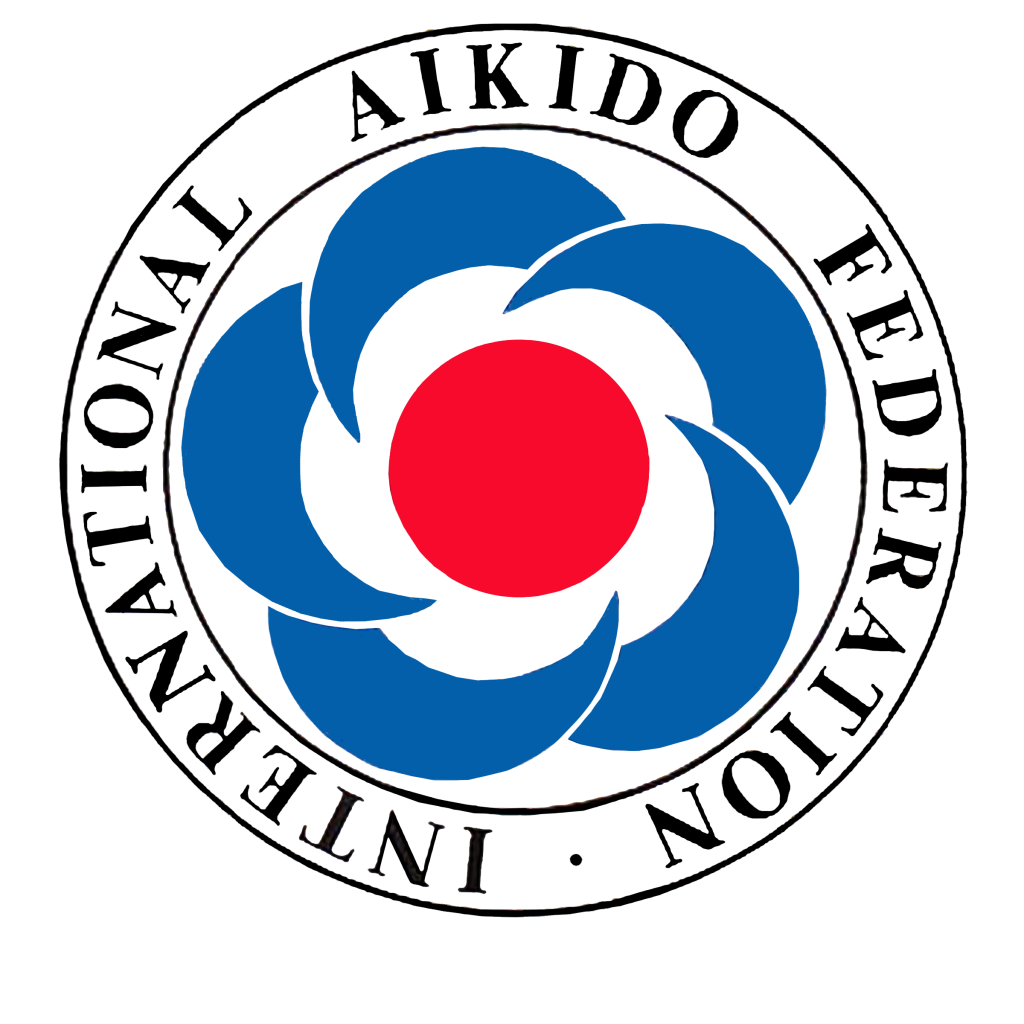 The Aikido Federation (from Singapore) uses a different system:

Aikido Belts are a Modern Invention

As with the concept of belts in Judo, the use of white and black belts is a modern convention. Before Jigoro Kano started the concept of belts to indicate rank, traditional Japanese martial arts – particularly Budo – used written scrolls which served as official certificates.

Even Aikido founder Morihei Ueshiba initially did not want to use colored belts to indicate rank and skill. During his time studying the arts of Daito-ryu-aiki-jujutsu his only proof of advancement was the scroll he had with him, signed by his own master.

If you study traditional Aikido in a Japanese school then it is very likely that you will only encounter white and black belts along with the hakama as a sign of advancement. In Western schools, colored belts are more often used for children and fewer colors are used for adults.

Which System is Right?

There really isn’t a right or wrong system when it comes to Aikido belts. In international competitions it is common to use only white and black belts for adults and the colored belts for younger competitors. In some cases, belt colors are adjusted for uniformity.

For example: if a competition does not recognize the red belt, a red belt competitor will either wear a yellow or green belt for the duration of their participation.

Since Aikido belts differ from place to place, the ranking a person might follow will depend entirely on the school they enroll in. However, for uniformity, even colored belts are commonly categorized as “white kyu” and only black Aikido belts are recognized as “dan”.